The Digital Public Library of America is inviting librarians, programmers and others to come up with mock screenshots, actual coded sites or other demos—as part of a beta sprint program.

I love the idea of, “Let’s just start building something.” The DPLA will benefit from the brainstorms of a number of bright, creative people, and crowd-sourcing is an excellent way to encourage participation in the project. Get more details from the video and elsewhere. Meanwhile here are three thoughts:

1. I’ll assume that the DPLA will not be too wedded to the initial look and feel and feature set of the first beta. I don’t think it will—one DPLA participant offers an apt and highly inspirational example, of an evolving online exhibit of Van Gogh letters—but here’s yet another friendly reminder to keep improving. 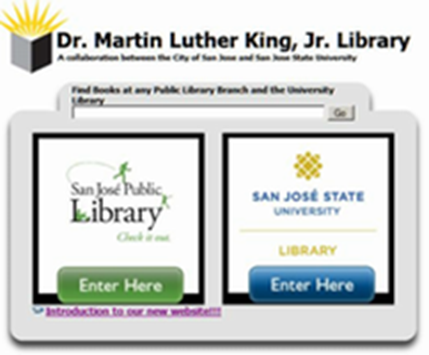 2. The beta design needs to appeal to different levels of users. As I’ve noted, the San Jose public library and San Jose State University library share a common building but lead people to Web pages with different looks and feels. One common interface would be the easiest to create in the beta, but at least two would be better. In fact, the current DPLA should be split into the Scholarly Digital Library of America (academic), the National Digital Public of America (public) and a National Digital Library Infrastructure (a technology-oriented group to support the first two). The three groups could cooperate very closely in a number of ways and the first two could be universally accessible and simultaneously searchable. But, especially at budget time, it truly would be a bad mistake to mix the scholarly and public libraries, lest certain needs, such as those of K-12, be lost in the shuffle. Multiple interfaces would help. But they would be far, far from a complete solution when so much is involved, from content to staffing decisions.

3. While the beta sprint project is a welcome way to reach out for more participation, the DPLA also needs to hold open steering committee meetings and workshops, where anyone can speak out in person or virtually (within the limits of time, in the case of oral meetings). I don’t see any public notices inviting the masses either to steering committee meetings or workshops. Are they on the way? The forthcoming “big tent” gathering scheduled for fall is no substitute for the give-and-take of meetings held at earlier stages. Nor are the DPLA email list and wiki and and YouTube updates (May 19 update here). A pro-openness approach should start now, and any possible records from past steering committee meetings should be released to the public. Ideally workshop ones, too. Notice how the Boston Public Library alerts the public about forthcoming board meetings and apparently lets the public attend? Why can’t the DPLA start doing the same now?

But this isn’t to detract from the many positives of the DPLA. If it can indeed have a working prototype of the library 18 months from the October 2011 meeting, that will help the cause, whether or not the organization evolves—as it so urgently needs to—into separate academic and public systems.

Further details on the digital divide—the very kind of thing to which the DPLA is paying insufficient attention: The divide is alive and well in various ways. Despite all the hype among the elite, just five percent of Americans own iPad or other tablets, which for many are the optimal means to enjoy e-books. And in rural areas in the South and elsewhere, fast, inexpensive broadband either isn’t available or costs too much—a problem, in fact, in some urban areas as well. On the Atlantic’s Web site, I’ve explained how we could cost-justify tax breaks for tablet purchases and encourage both the public and private sectors to make the appropriate back-office changes in healthcare and other areas to exploit multiuse to the max. Multiuse is a classic concept in information technology. Why has the DPLA been so resistant to investigating this and so many other access-related possibilities?

Update: Tweaks made at 2:30 p.m. Meanwhile here’s a pointer to summaries of a May 16-17 workshop with a laudable focus on topics such as linking, other forms of content sharing, open metadata, and interoperability in general. Notice the summaries identified speakers by name? Great. Does this mean the DPLA now has relaxed workshop quotation rules permanently, despite the use of the Chatham House Rule at earlier workshops, including the March 1 gathering that I attended?